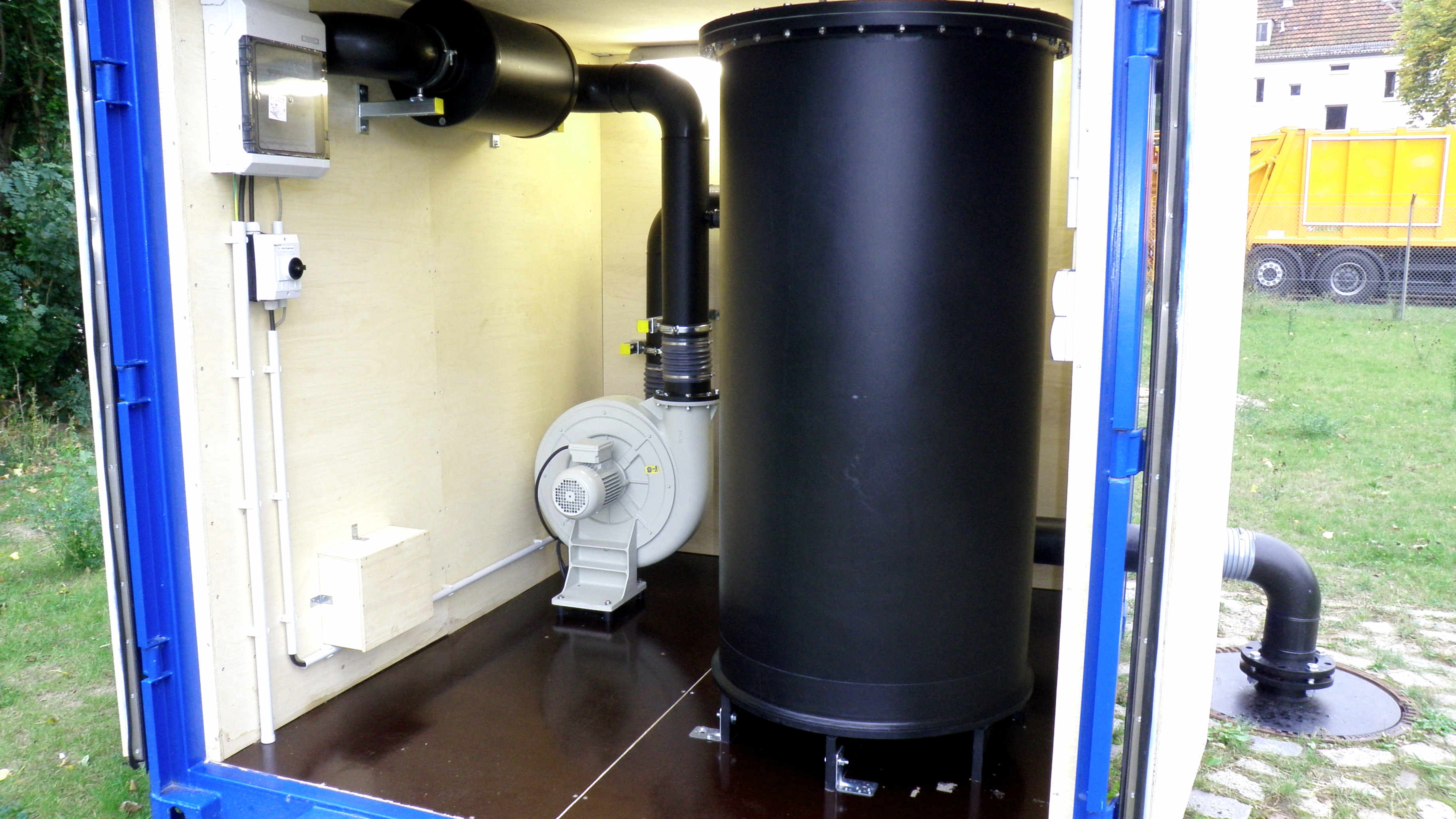 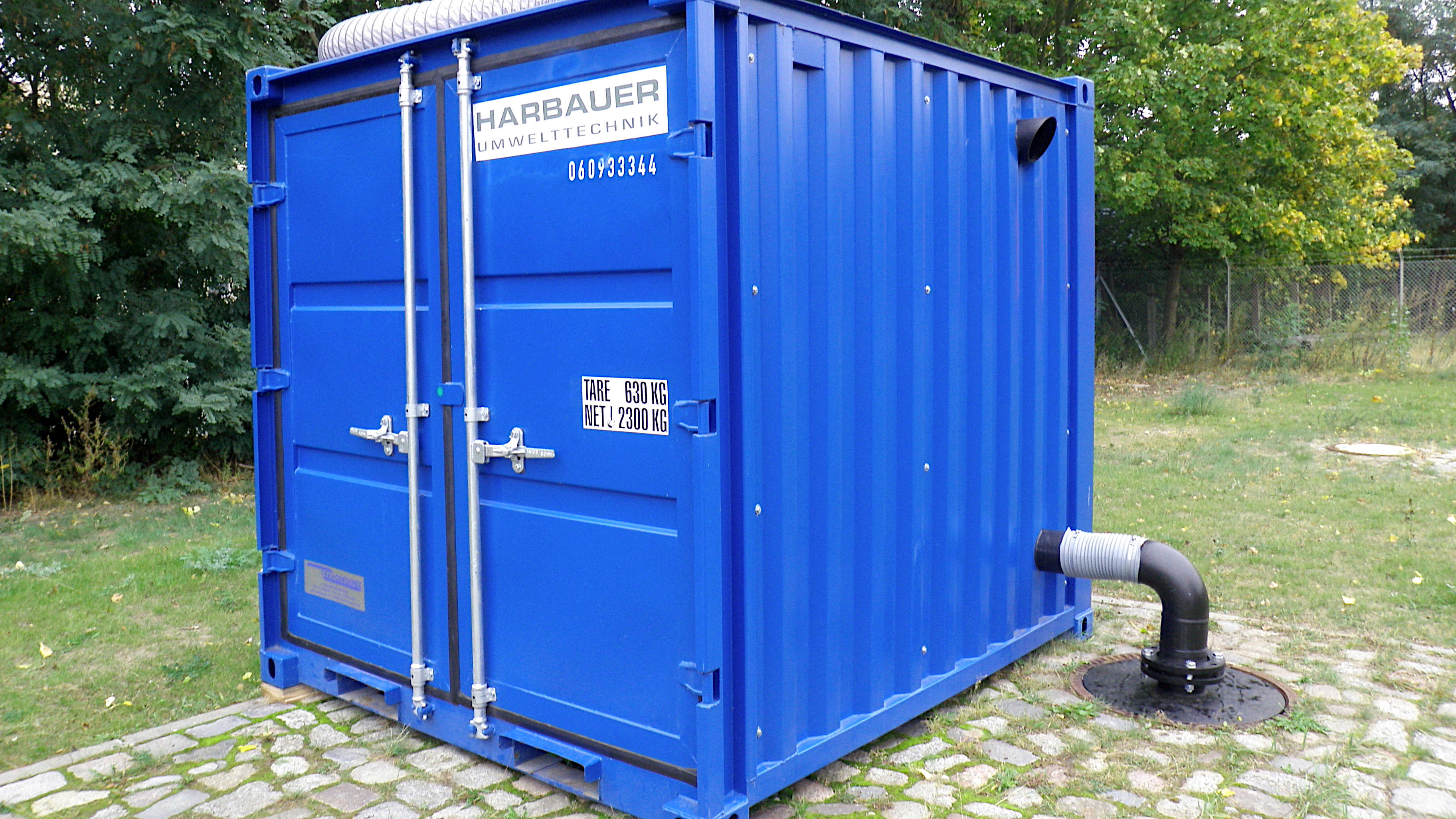 Due to biodegradation processes in the wastewater, hydrogen sulfides, dimethyl sulfides, and mercaptans are produced in some sewers, which are perceived as disturbing odor emissions. In the present project, Harbauer GmbH was commissioned to find a suitable adsorbent in the form of various chemically impregnated activated carbons for the treatment of the odor-laden sewer exhaust air and convert it into a technical cleaning system.

In theory, odorous pollutants such as hydrogen sulfides, dimethyl sulfides, and mercaptans can also be prevented in part by costly doses of iron compounds (e.g., iron hydroxide, iron II chloride, or calcium nitrate).

Another cheaper method for odor problems is the extraction of the air and treatment with biofilters or simple air-activated carbon. However, biofilters are not uncomplicated in operation and only slowly adapt to the concentrations of pollutants and odors to be treated. In turn, normal air activated carbon, in most cases, cannot adsorb the unpleasant odorous substances.

For this reason, Harbauer has been looking for an adsorption material that is suitable for adsorbing the disturbing odorous substances at minimal cost. In some experiments, Harbauer was able to test various special types of activated carbon under real conditions, which were exposed to odorous wastewater odors. These activated carbons differ from normal air-activated carbons because they are specially impregnated or doped.

As a result of the series of experiments, suitable activated carbons could finally be identified, with which the odorous sewer exhaust air can be treated.

Finally, Harbauer built two versions of extraction systems for a Berlin company in which up to 600 m3/h or up to 2000 m3/h of exhaust air can be extracted and treated.

To be able to operate the systems even in the vicinity of residential areas, the containers are completely soundproofed and operated with pipe silencers.

Odorous substances can be produced by all living things, but also by chemical reactions with inorganic compounds. There are a barely comprehensible number of natural and technical substance conversion processes in which odorous substances are formed.

Of the known chemical compounds, several thousand individual substances can be perceived as having an odor. These can be organic and inorganic substances. Especially in biochemical degradation processes, such as decomposition, putrefaction, and putrefaction processes of organic hydrocarbons (carbohydrates, proteins, and fats), unpleasant odors arise. Lower, volatile fatty acids are formed, such as formic, acetic, or butyric acid, heterocyclic nitrogen compounds such as ammonia, skatole, indole, and organosulfur compounds such as hydrogen sulfide, sulfur dioxide, or mercaptans, which are classified as harassing.

For a Berlin company, Harbauer built two versions of extraction systems that extract odorous exhaust air directly from the duct via a special manhole cover. One version consists of an 8-foot container (2.44m x 2.20m) with a 0.5m3 filter and can extract and treat exhaust air up to 600m3/h. The larger system version is housed in a 10-foot container (3x2.44m) with a 1.5m3 filter and can extract up to 2000m3/h of air. In order to be able to operate the systems even in the vicinity of residential areas, the containers are completely soundproofed and operated with pipe silencers.