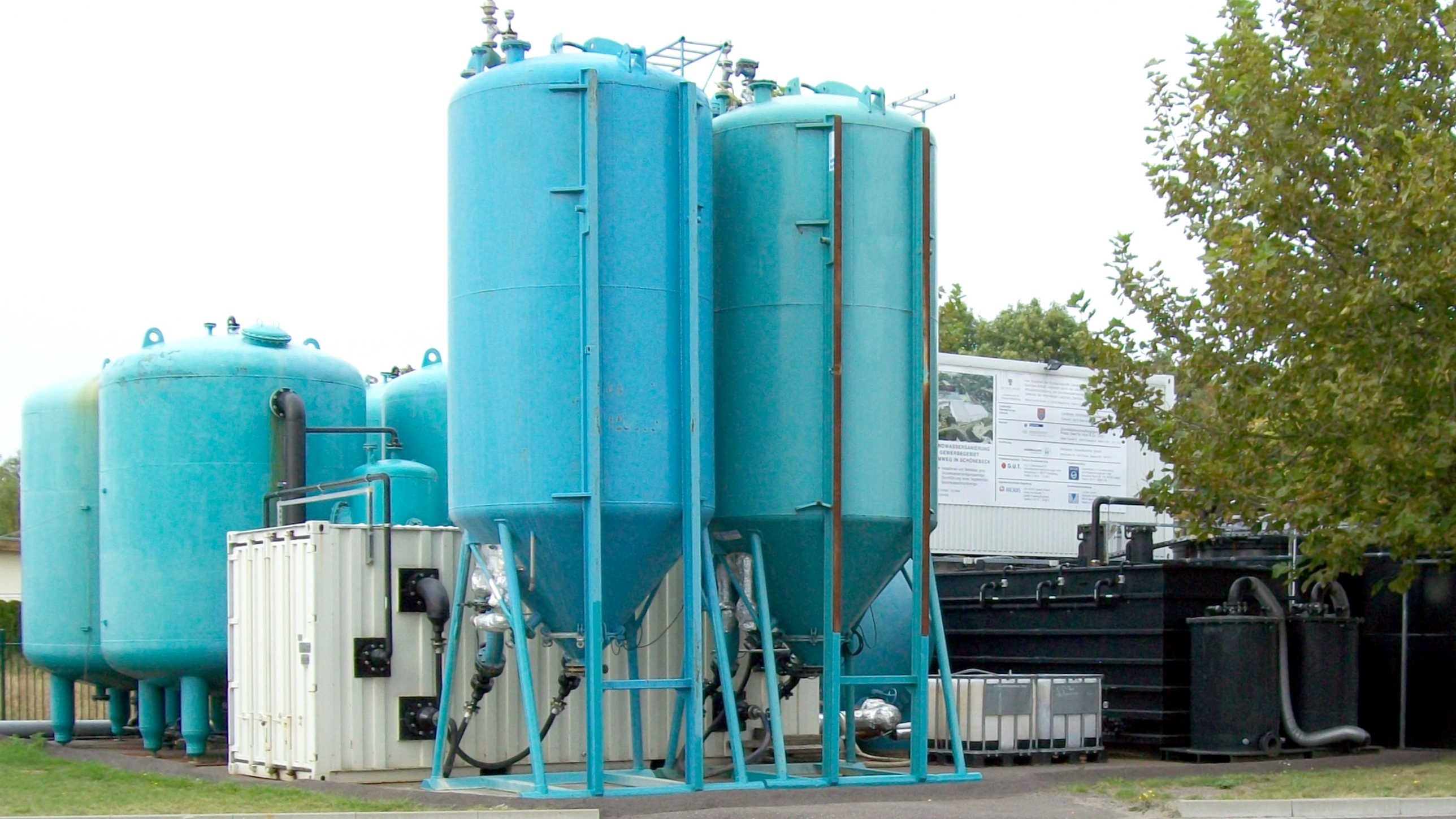 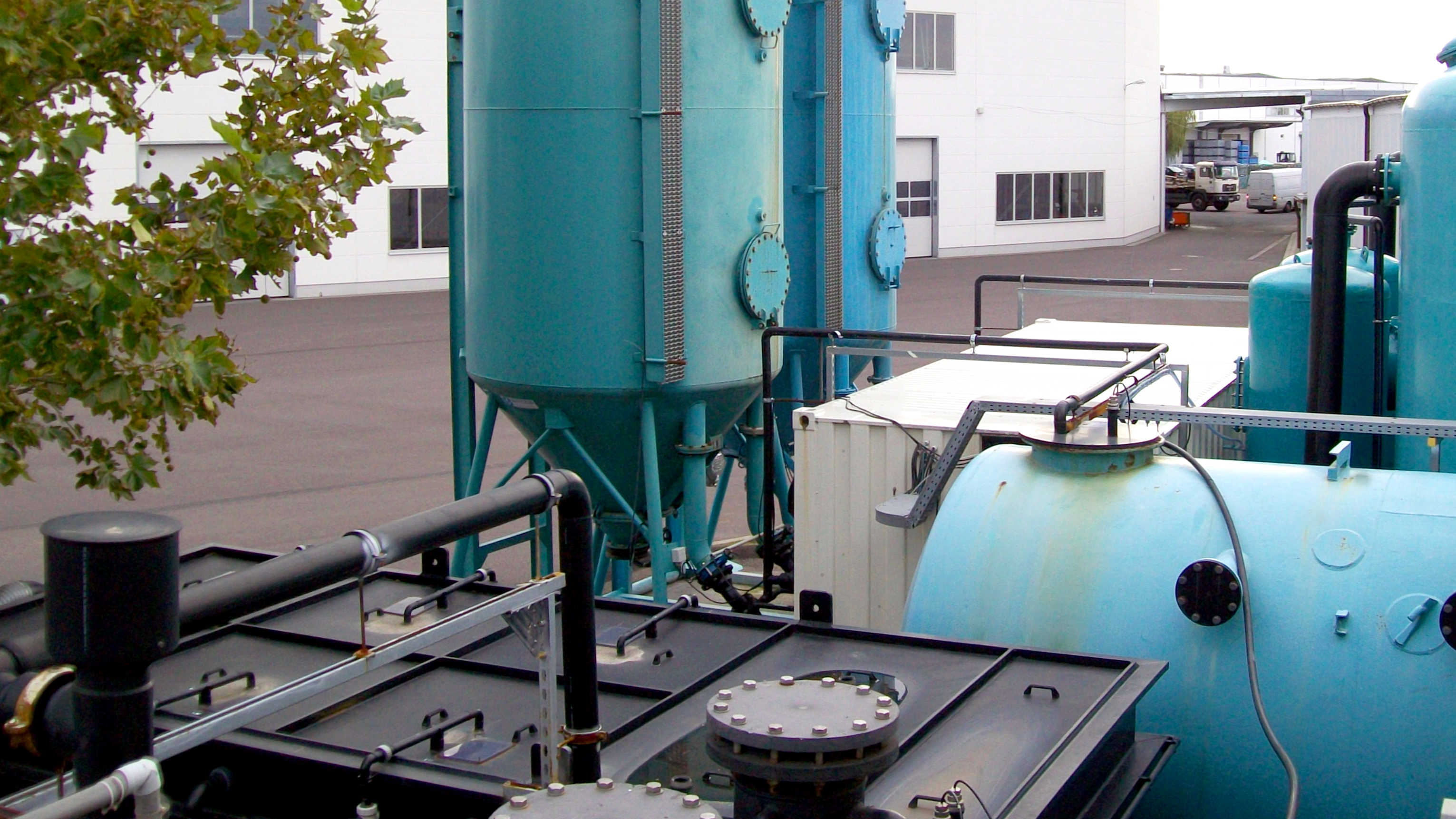 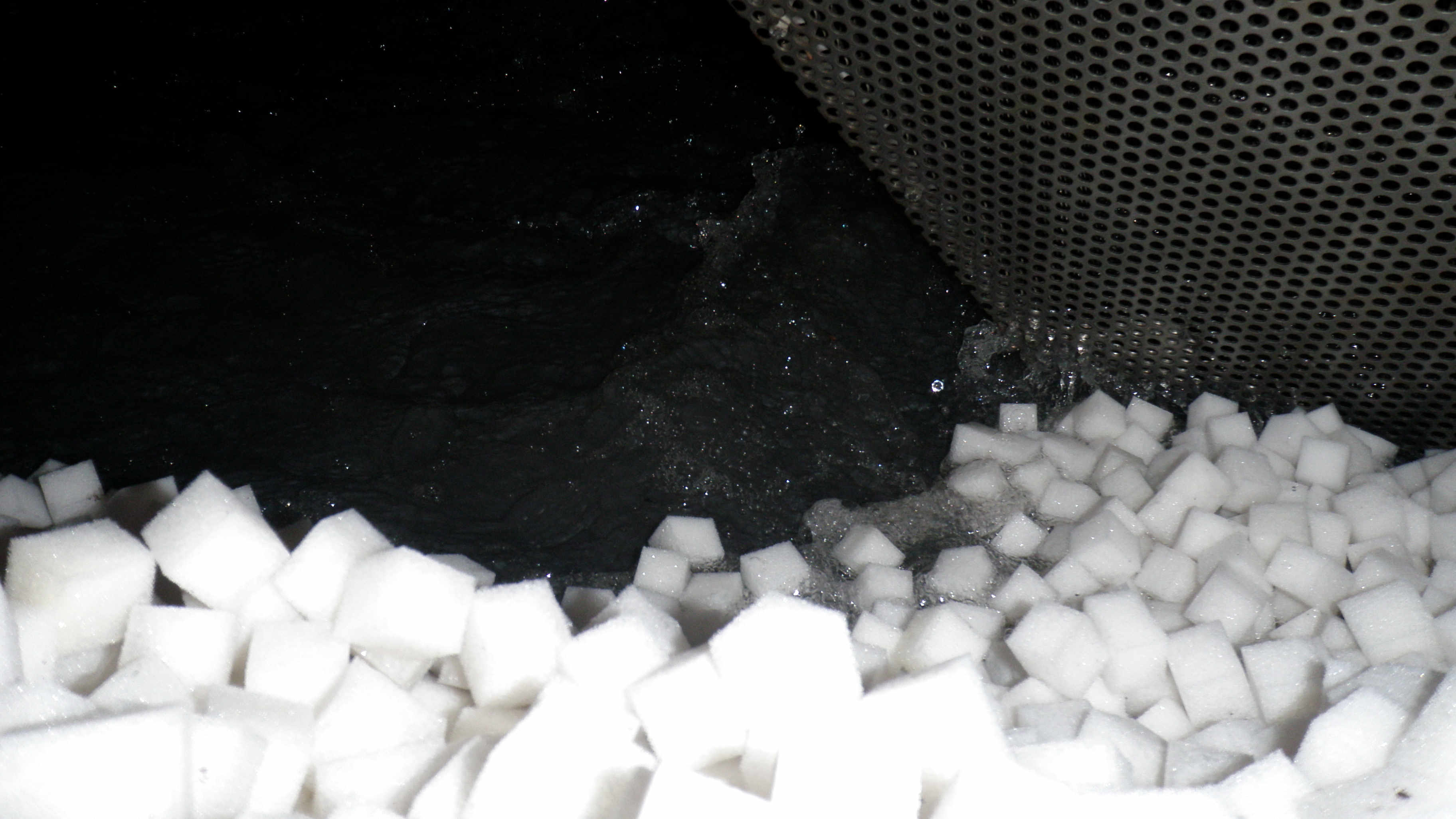 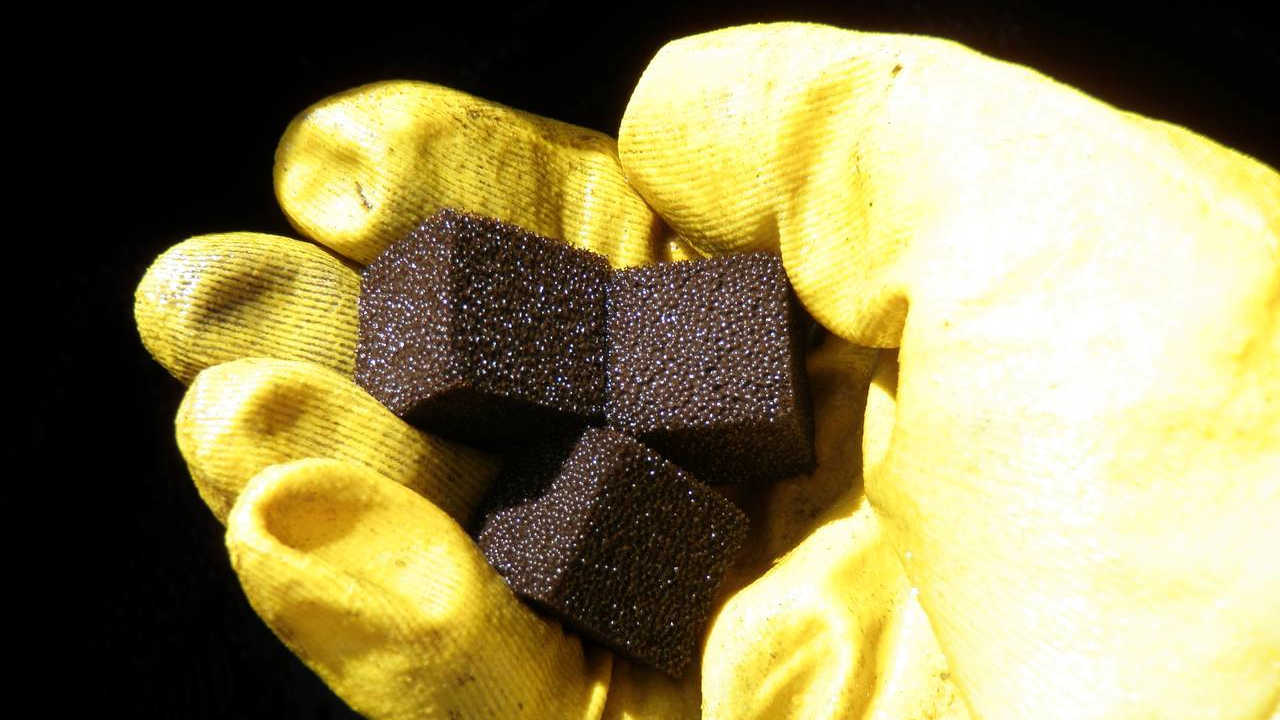 As a result of many years of industrial-commercial use of large areas by a formal company, as well as partial surfaces of the former, at the site of the diesel engine plant in Schönebeck (Elbe), considerable deposits of aromatics (BTEX and alkylbenzenes), phenols, and alkylphenols, as well as polycyclic aromatic hydrocarbons (PAHs) were found underground. Based on technical preliminary investigations and a remediation plan derived from them, a groundwater purification plant for the biological and adsorptive purification of contaminated groundwater was built by Harbauer in 2006.

The objectives of this measure are:

The contaminated water is removed from three drains, each from two conveyor shafts, then fed to the plant and, after being cleaned, infiltrated back into the subsoil via another horizontal drainage. This is intended to create an underground flushing field, which makes it possible to remove further pollutants from the soil matrix and clean them in the plant. The cleaning system has been in operation since 15.02.2006 and has been rented and operated by us since then.

The core of this water purification plant is formed by the biological purification stage, which consists of two biofestbed reactors of 20 m3. Biology functions aerobically, on the one hand, but also anaerobically to a large extent. To support the biological activity, a column aerator is used in front of each biofilter, which provides for the beading of ambient air for ventilation and oxygenation of the microorganisms. In the upper half of the filter, the biodegradation still happens aerobically. In the lower half of the filter, it then happens anaerobically.

With this method, considerable costs for operating materials, such as activated carbon, can be saved.

Furthermore, the water is pre-purified before the biological stage by means of a "resin scrubber". This is equipped with replaceable packing materials and is ventilated so that the resinous substances precipitate and are retained. In addition, the plant has a de-ironing stage, a chemical dosing to prevent calcite precipitation, as well as adsorption stages with water and air-activated carbon.