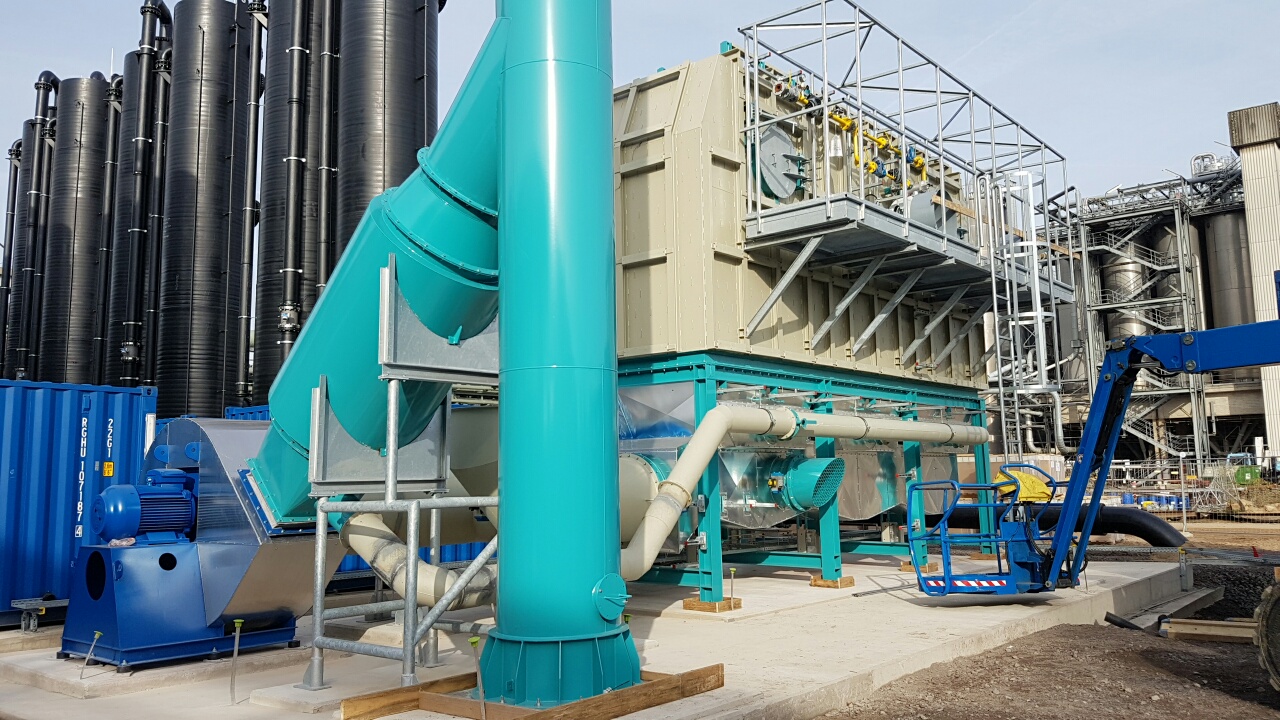 In 2015, naphtha was released near a production site for the chemical industry, which led to contamination of the soil, groundwater, and soil air in a wide area. In 2016-2017, Harbauer installed a groundwater purification plant as the first remediation measure, in which the pollutants are removed via desorption and regenerative thermal oxidation (RTO).

For additional damage remediation, a comprehensive soil air extraction system was added at the beginning of 2017, which cleans the contaminated soil air via the existing air treatment system

In this project, Harbauer was assigned with the planning (construction, electrical engineering, PLT, process engineering, and mechanics), the construction, and operation of both the groundwater purification plant and the soil air extraction systems. Since the affected site is a production site, the special requirements and rules of conduct of the petrochemical industrial park had to be observed during the project's implementation.

The groundwater treatment plant consists of six parallel treatment units with two desorption columns each, which serve to transfer the pollutants from the groundwater into the gas phase. The loaded desorption air is then burned thermally in a common central oxidation stage. So-called regenerative thermal oxidation (RTO) is used for air treatment. The basic principle of this process is the conversion of the pollutants into carbon dioxide (CO2) and water in a combined reactor and heat storage bed. The combination of reactor and heat storage bed enables particularly energy-saving combustion of the pollutants since a large part of the resulting heat of reaction can be used for preheating the process gas stream (regenerative). At the groundwater treatment plant, up to 1,200 m3 of groundwater is removed and treated per hour.

Through the combination of groundwater extraction and soil air extraction, the extent of the existing contamination could be reduced to a minimum.